Saltar al contenido
The LOPSI group is involved in projects ranging from fundamental research, to more applied activity, aimed to the development of technology for interested partners.
Here is a list of recent projects which we have led or in which we have participated: 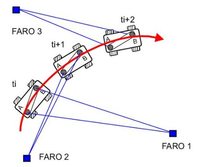 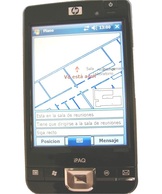 Imserso Projects for the elderly:

DEDALO and ARIADNA (Imserso, 2005-2007): Guidance system in indoor spaces for the enhancement of personal independence of elders and blind persons

Financed by the Imserso, the objective of these projects was the development of navigational aids for people with displacement difficulties, including indoor localization and guidance. These projects were a cooperation with the group GEINTRA (Electronic Engineering Applied to Intelligent Spaces and Transport Group at the University of Alcalá de Henares). 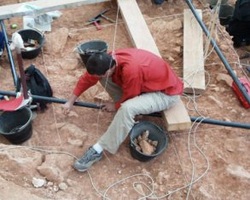 Funded by the Atapuerca foundation, this project involved the development of the 3D-Locus ultrasonic positioning system, and its adaptation to the needs of archaeological workers 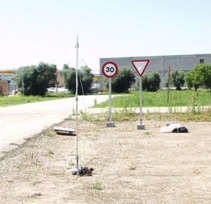 ENVITE (M. de Fomento, 2006-2009) Communications between vehicles and road infrastructures, including GNSS, in critical spots
In this project we developed a sensor onboard of a vehicle for identification of traffic signals, based in RFID technology. The project was a collaboration between LOPSI, the Autopía group, and the Department of Automation of the Universidad de Alcalá de Henares. 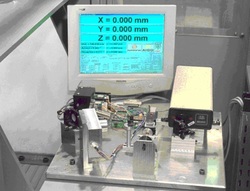 LASERTRACK (AIDO, 2006-7) System for 3D tracking of an optical reference in real time

This work was comissioned by the AIDO optical company, and consisted in the development of a laser-based optical 3D positioning system for machine-tool applications